A £1 million research project that aims to change dramatically the way people with no speech and complex disabilities can have a conversation with others has been launched by the Universities of Dundee and Cambridge.

Computer-based systems – called Voice Output Communication Aids (VOCAs) – use word prediction to speed up typing, a feature similar to that commonly found on mobile phones or tablets for texting and emailing.

END_OF_DOCUMENT_TOKEN_TO_BE_REPLACED 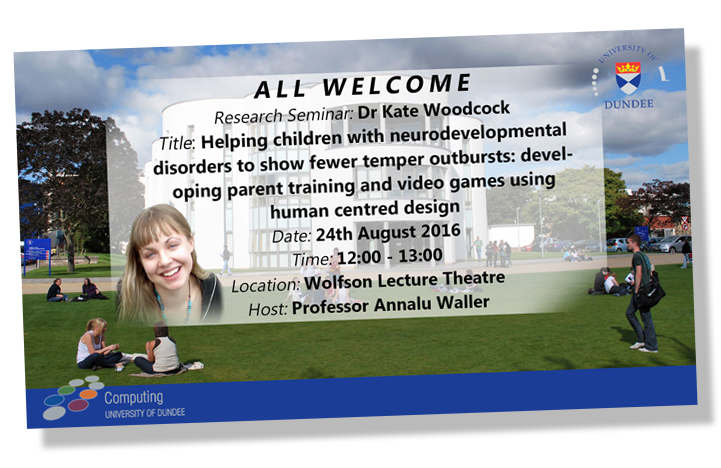 We were very pleased to  welcome Fiona Menger to deliver her talk on the IDEA Project at the end of April as part of Computing’s ongoing Research Seminar Series.  Much enjoyed by all who attended! 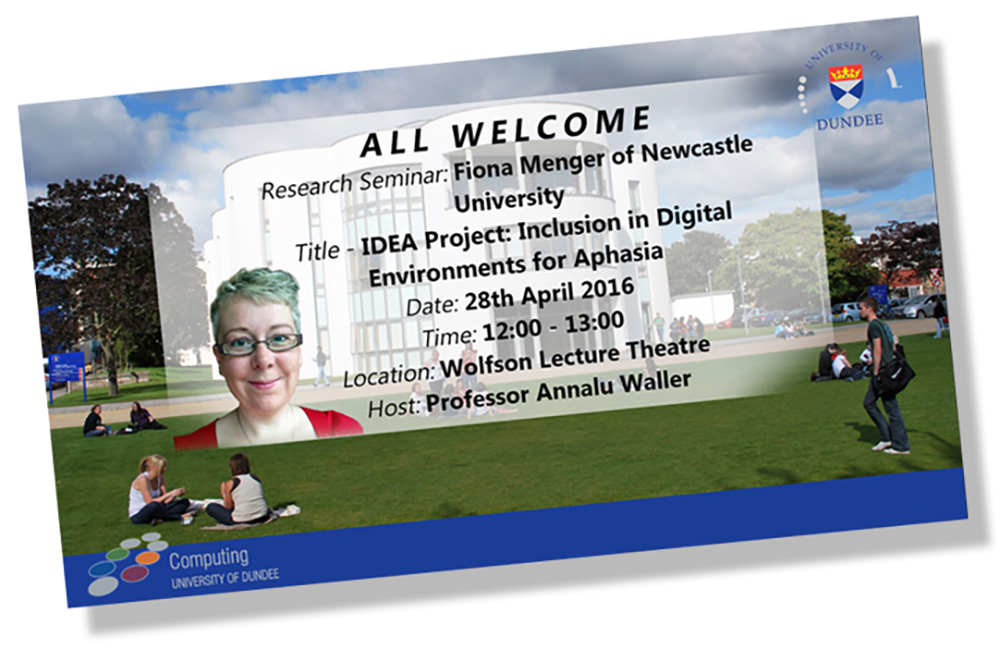 It’s official: We have our very own Officer of the Order of the British Empire (OBE). Annalu was down south on Friday to meet The Prince of Wales at Buckingham Palace for a wee chat and her well deserved badge of honour! Congratulations again from the whole team here in Dundee.

Professor Annalu Waller, Chair of Human Communication Technologies at the University of Dundee, has been awarded an OBE for her services to people with complex communication needs. Professor Waller has been based in Computing at the University since 1989 and has helped established Dundee’s reputation as one of the world’s leading centres for research into augmentative and alternative communication technologies for people with severe communication difficulties. She works closely with children and adults with disabilities, involving service users in the development of innovative technologies.

END_OF_DOCUMENT_TOKEN_TO_BE_REPLACED

The Stories at the Dentist project looked at the difficulties of people with a variety of disabilities when visiting their dentist. Especially if you have no speech a checkup appointment can become a daunting experience. Dr Rachel Menzies, one of the researchers of the team, has written a guest blog on our dentist project on the well know PrAACtical AAC website.